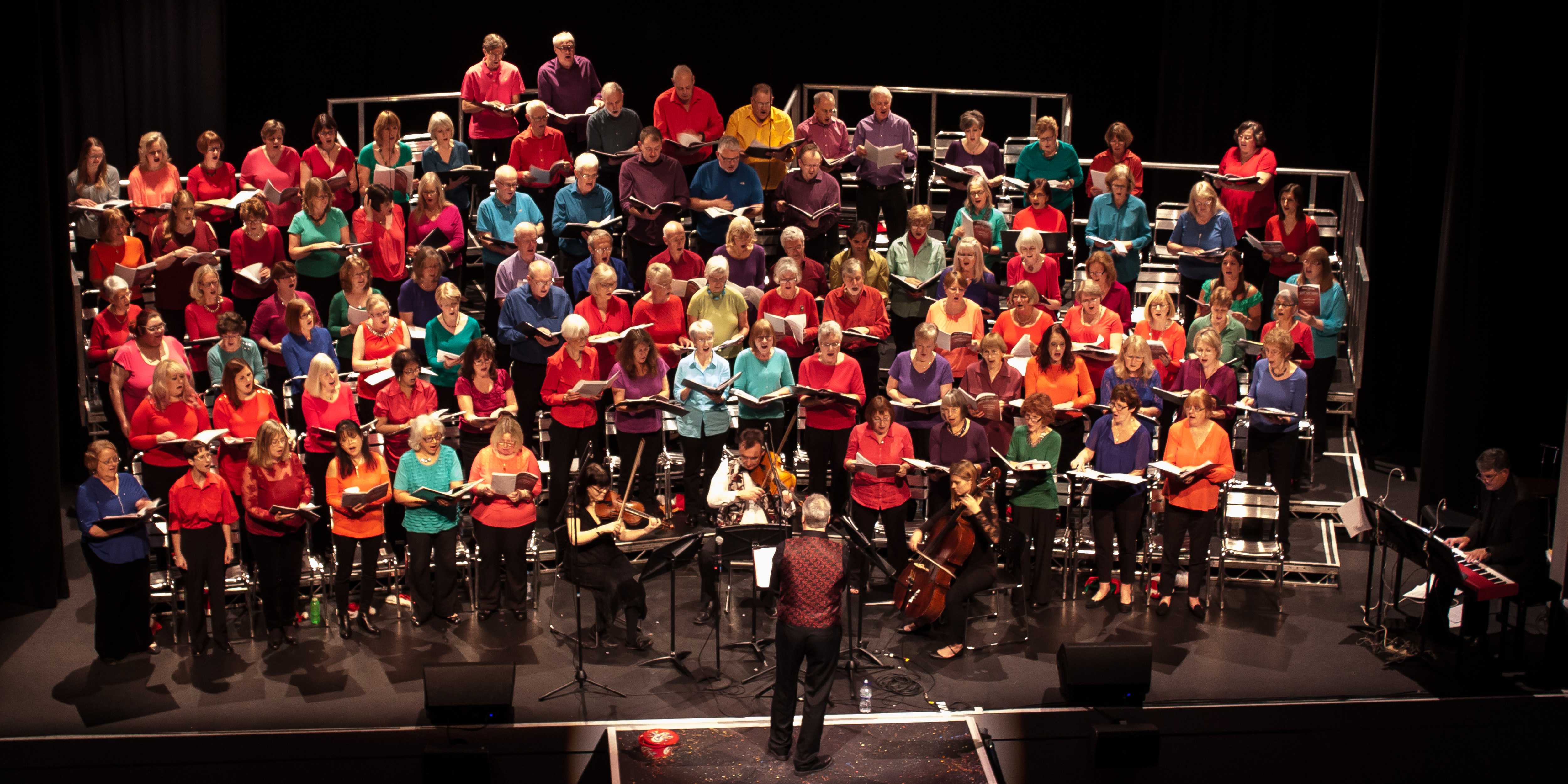 Milton Keynes Community Choir can trace its origins back to February 2008 when an eight-week ‘Singing for fun’ adult education course led by Craig McLeish was launched. The course advertised for participants who wanted “the freedom to express your voice in a fun and safe environment” by singing a variety of songs, simple and layered harmonies and to learn healthy techniques to explore the voice's potential.

Even before the course had finished, all involved realized something important had begun. Not only was the singing fun, but it also provided opportunities for friendship, relaxation, learning, developing a sense of wellbeing as well as benefits for improving mental and physical health.

The participants asked Craig if there was any way they could continue to sing together, and if he could help.  Numbers of members increased and MKCC was born.
.
Some initial sponsorship from Kik Music Ltd enabled the choir to get established, running its first rehearsal in Wolverton and later moving to Christ Church in Stantonbury. During periods of Covid-19 lockdown the choir continued its weekly rehearsals using Zoom and in September 2021 returned to in-person singing firstly at a new venue, St George’s Church, Wolverton and then at Kents Hill Park School, Kents Hill.

Since the choir formed it has performed in streets, railways stations, care homes, residential homes, shopping centres, sport stadia, churches, at local fetes, on stage, music festivals, massed choir events, at civic ceremonies, organized concerts, held and attended workshops, been involved in a world premiere of a new piece of music for massed voices, sung with massed choirs at the Barbican and held concerts on Zoom both nationally and internationally.

The growth and development of MKCC includes not only the number of members, but the social and musical networks that have been formed. Apart from the choir face-to-face experiences, social media has enabled the choir to engage in a wide communication and relationship with others to sing, enjoy music and raise funds for charity. The use of Zoom, Facebook, YouTube and the MKCC website have all contributed to our survival and growth.
We sing to raise funds for the running of the choir, for charities and to respond to disaster appeals by performing in various locations throughout Milton Keynes and beyond. We also hold singing workshops with invited choral leaders, which are open to all singers.  Here are some photos from these events: 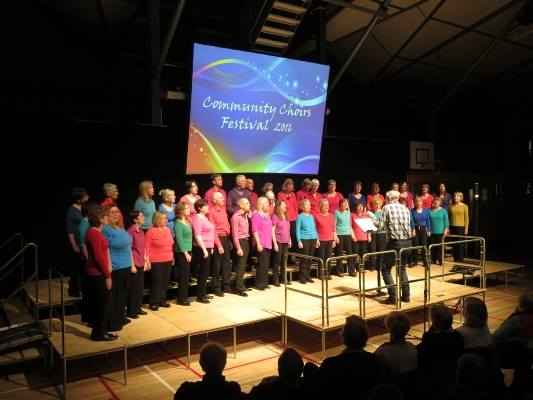 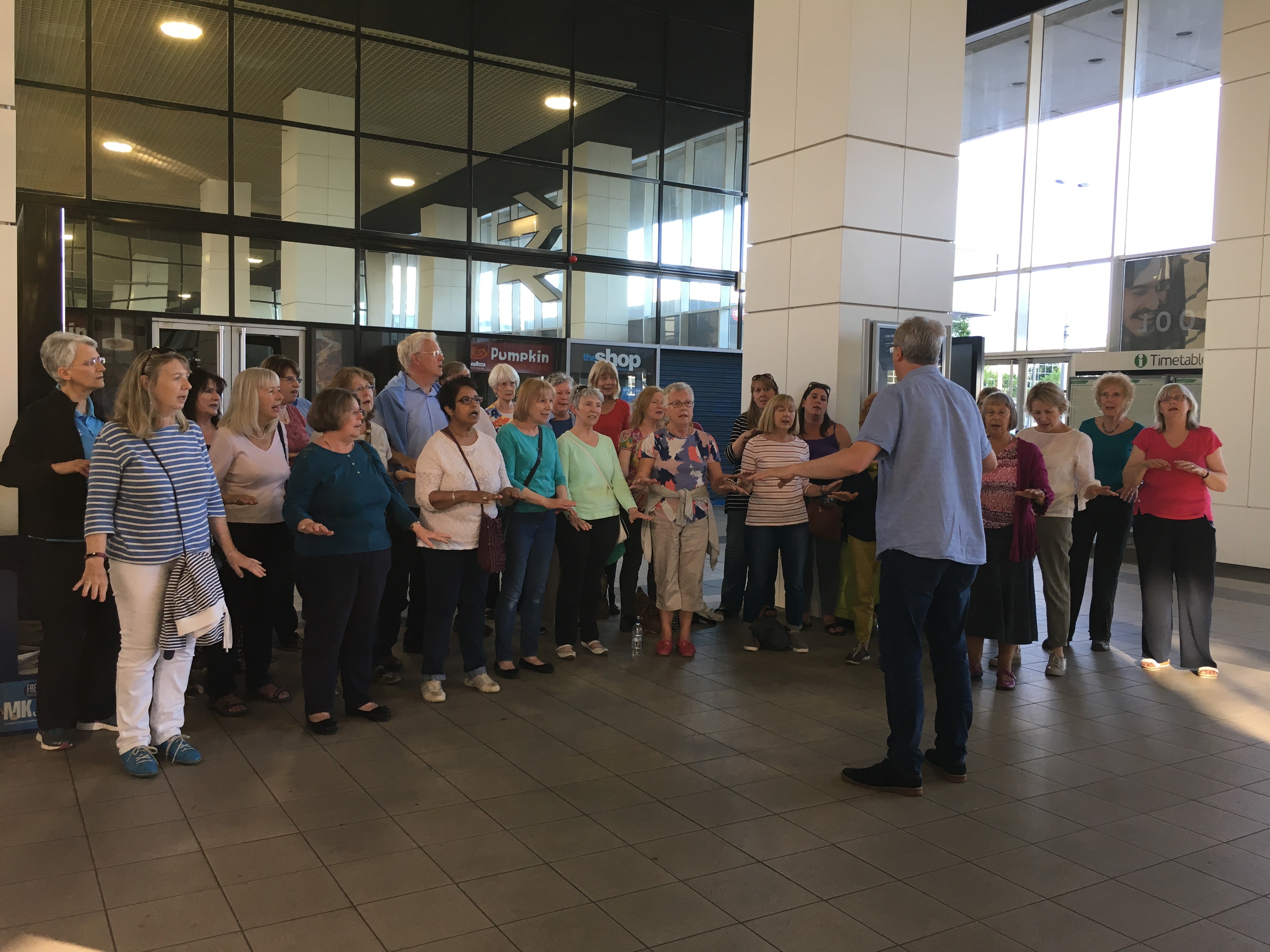 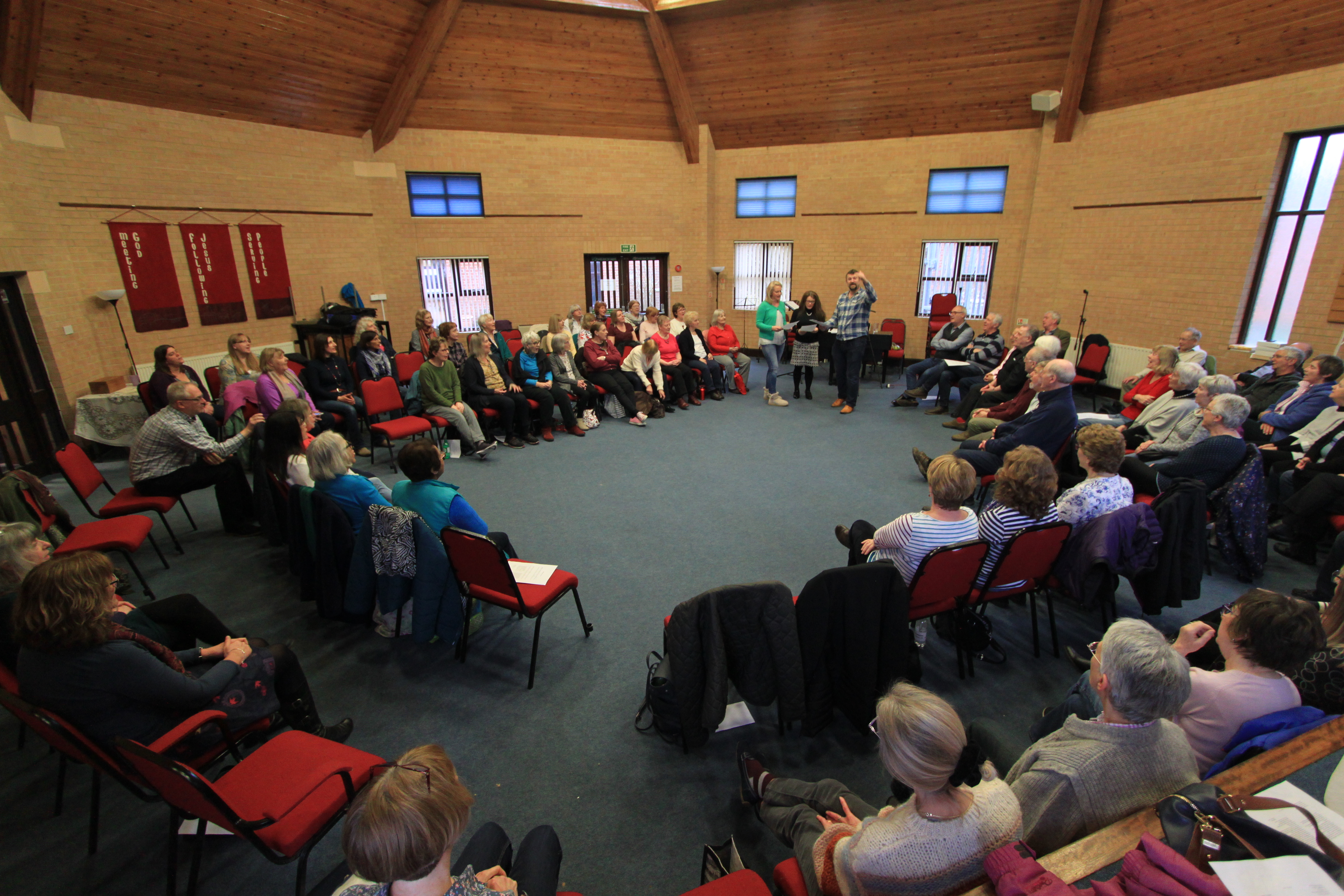 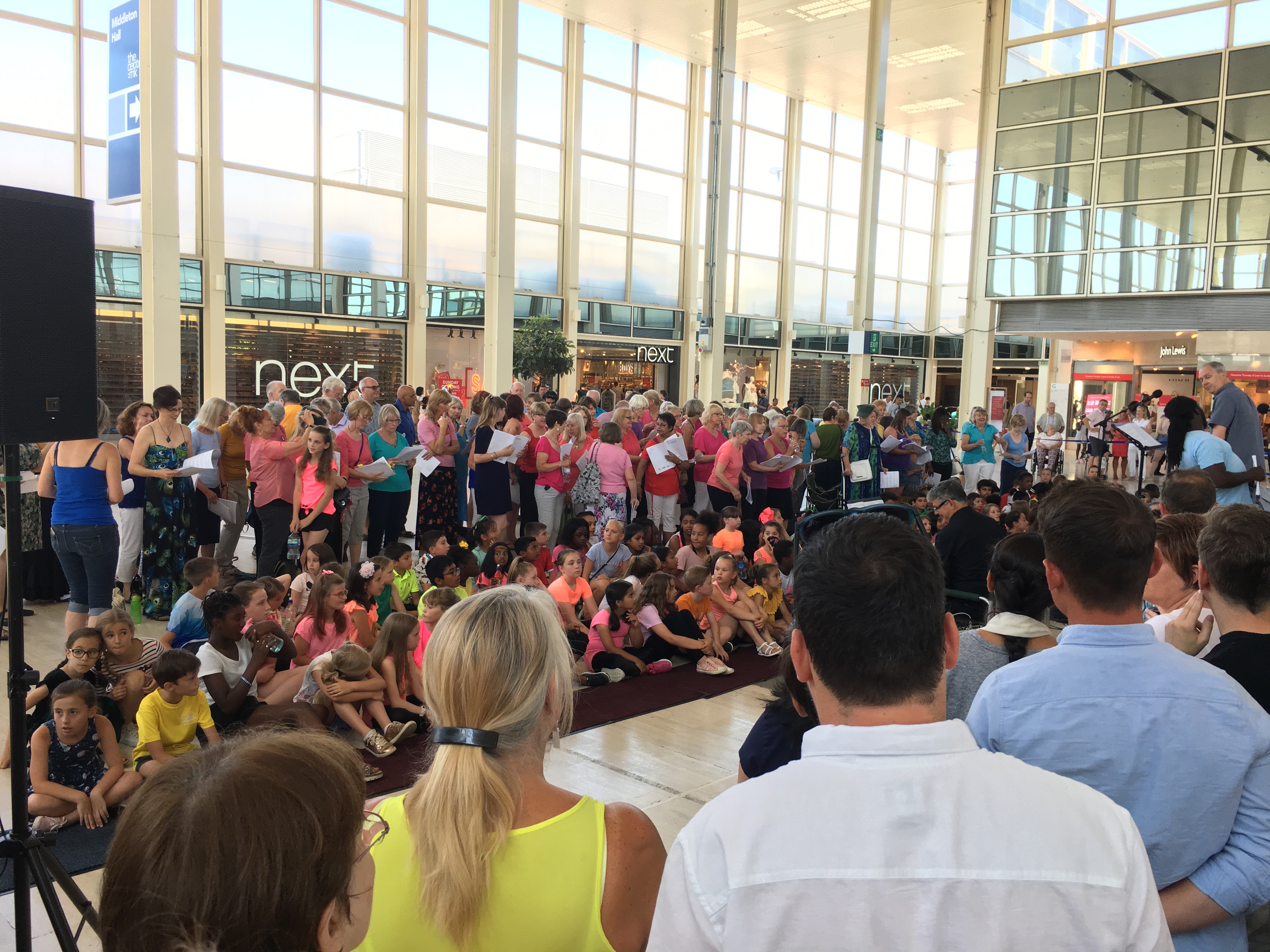 Premier of 'DiverCity' in Central Milton Keynes shopping centre in 2018 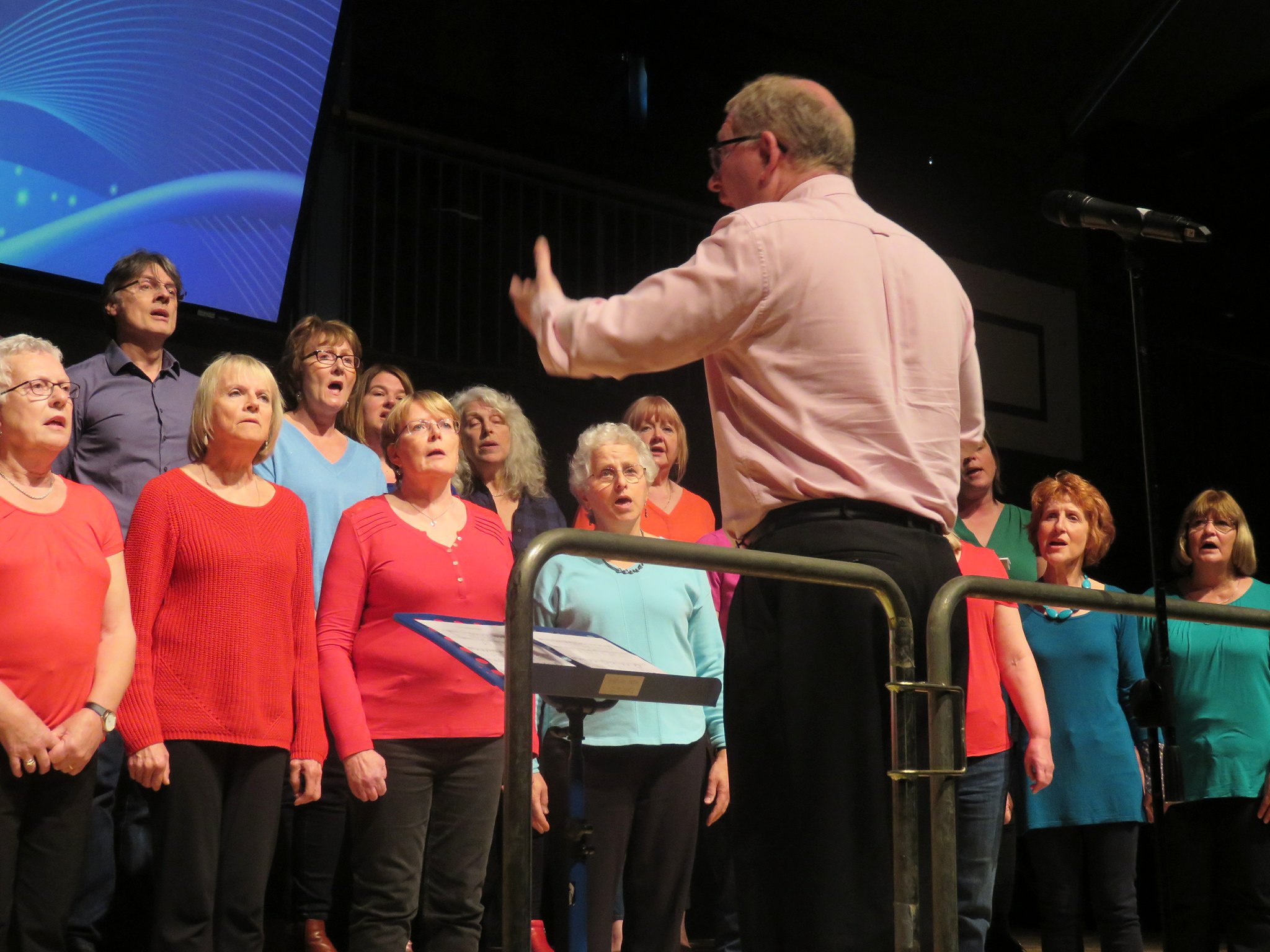 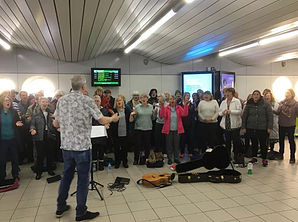 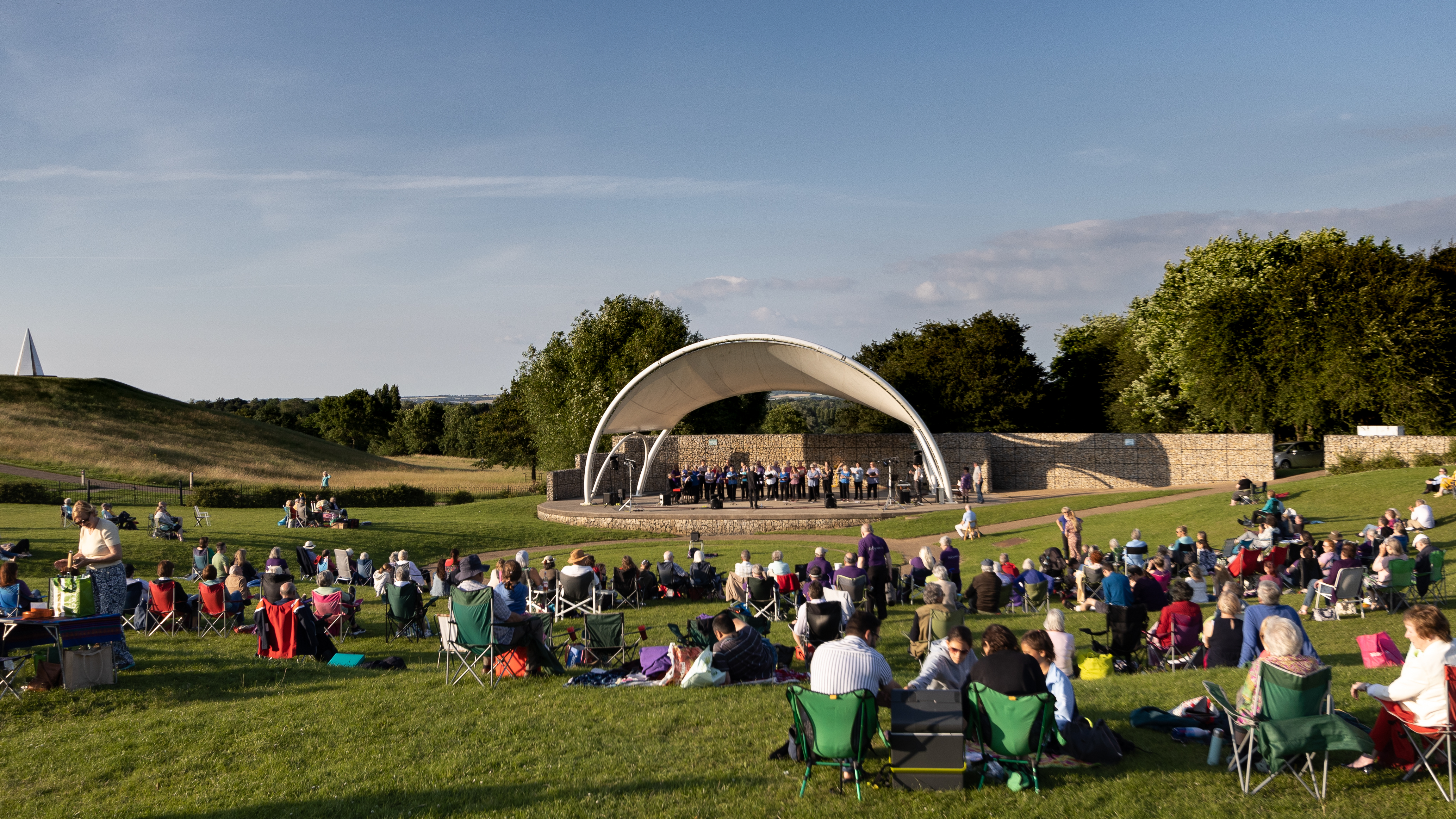